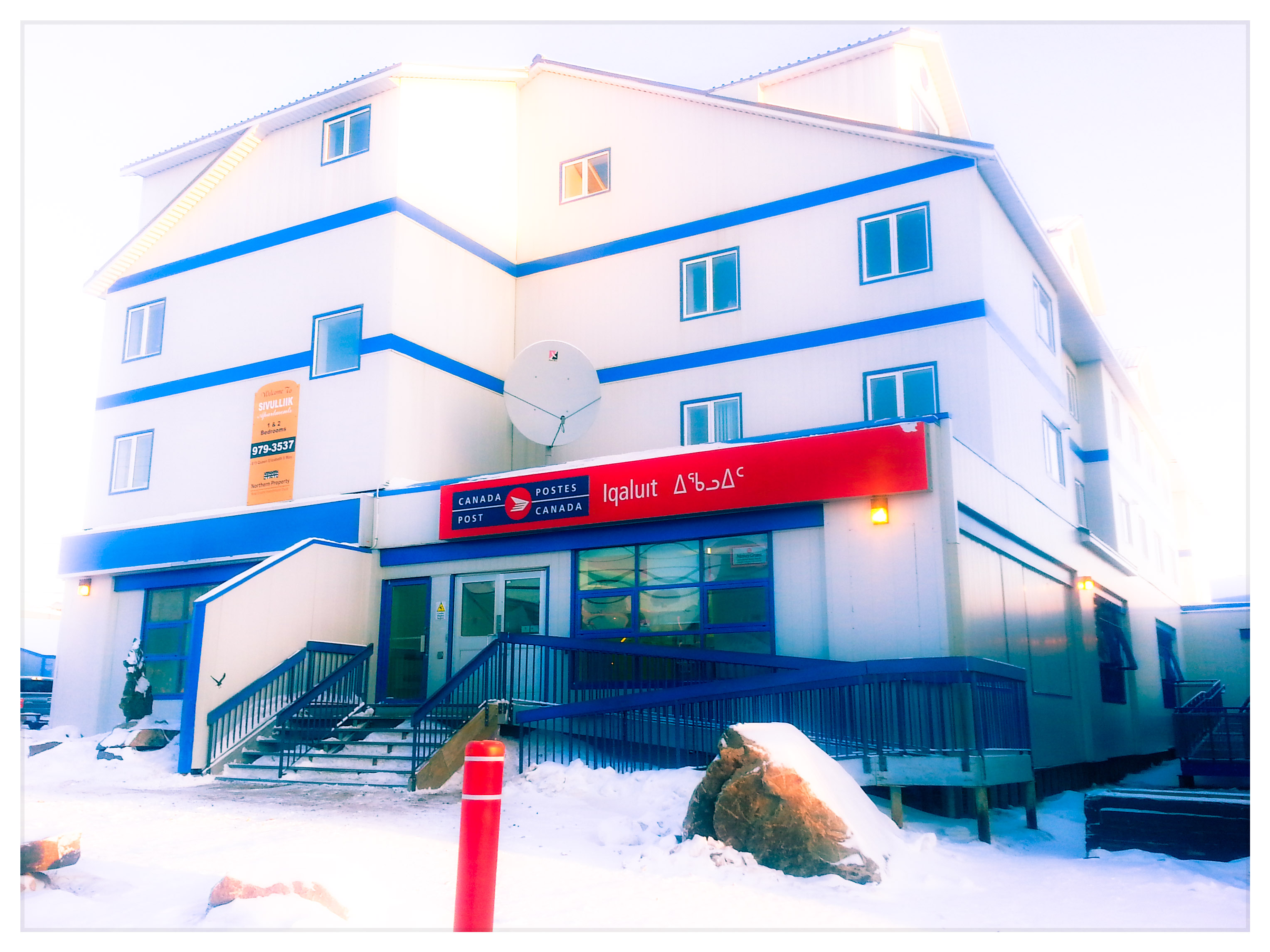 At the end of November I received a phone call asking if I was interested to go up to Iqaluit to help at the local post office. No doubt I was interested, as much as it was not a trip to the Kivalliq area, I knew lots of people from Arviat and Rankin now live in the Capital. Another lady, a postmaster from Orillia was also coming. We met at the Ottawa airport and were en route to the North, her aboard First Air and me flying with Canadian North. Though the flights were far from full, Sue Browning superintendent with Canada Post for the northern area had made arrangements according to availability and costs. Angela Dale, local area manager, picked us up at the airport. We could not settle in at the hotel since our rooms were not ready yet. We left our luggage in storage and were dropped at the Northmart where we were able to buy a bit of groceries. By then one of the room was ready. We put everything in there and walked to the post office.

I was surprised to see how big the post office was. A lot of space, a lot of shelving and a lot, I mean a lot of parcels!!!  There was a back log in parcel processing. Right there and then I declared that we would be caught up by the time we would leave, Tracey on December 20th and me on the 22nd.

Almost every morning, I was woken up by a loud chorus of brave ravens. Though it annoyed me, I have to admit these birds are something else, surviving Arctic winters as they do. So they have earned the right to quack early in the morning.

The evening before she left, Tracey and I had super at Big Racks, a small restaurant just behind the Capital Suites. Previously we had eaten twice at the Snack and had brunch one Sunday at the Frobisher Inn.

While we were there the weather was clement, only once did we have -33 Celsius, otherwise it was around -12 c. It was mostly cloudy. I only really saw the sun on the morning of my departure. Granted that even if the sun would have been shining, I was working during the short day light period. I was lucky to be able to see many old friends and acquaintances while working at the counter and a few more around town. Special thanks to Angela & Jason Briffett, Joy Tilley and John Powell for the rides around town. A big thank you to Paul and Dorothy Kaludjak for the wonderful supper.

All the pictures I took were on my last day in Iqaluit, and with my old phone. I had not even brought a camera as I knew I would not have much chances to go out to photograph as we were expected to work long hours.

I am very thankful to Canada Post for this opportunity to go to Iqaluit. I’m ready to go back anytime they need help.