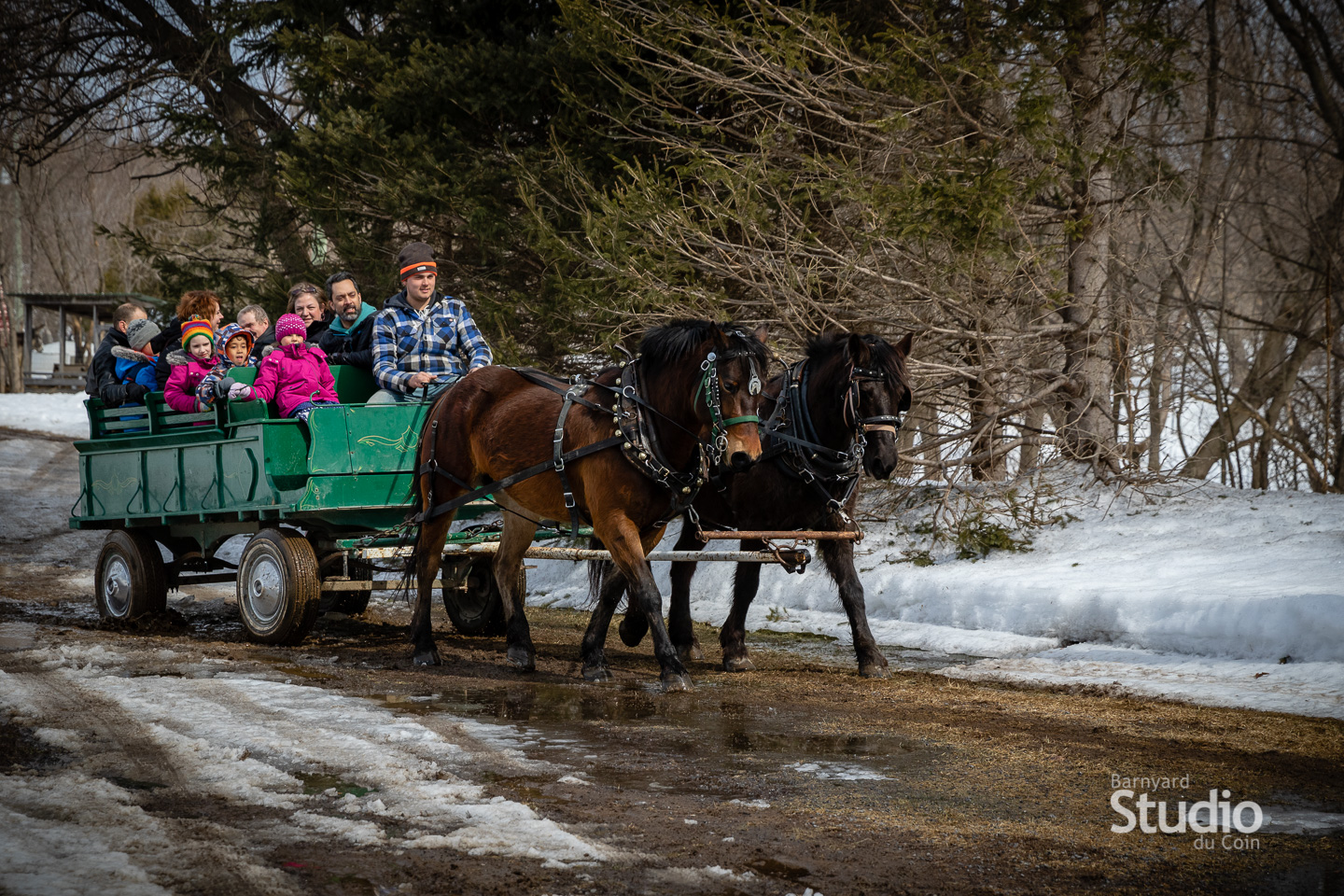 Lately, there has a been a renewal of concern amongst Franco-Ontarians for their language. Some of Mr. Ford’s government decisions has brought back some old fears in the ranks. I must confess that although I’m proud of my culture I have never been involved in the political fight (except for a brief moment way back in high School). Neither have I ever done much to deliberately support the cause. Nevertheless, I’m proud of my culture.

It was not always obvious as I lived half of my life in a place where English or Inuktituk where the norm. While in Nunavut, I embraced the Inuit customs and did my best to learn their language. Yet, I always kept a strong French accent. Though I did not have many opportunities to speak my mother tongue, I was still able to share some aspects of my culture, especially some of my favorite meals and even to teach French to Vinnie, a young Inuk.

Now that I am back in the area where I grew up, I am happy to reconnect with many of the traditions and events that define us as a people. Just like the Inuit, French-Canadians did not always have it easy in the past. As they work hard to clear the land, they were often hungry and cold. Welcoming and helping one another was an important part of survival. Jean-Marie Maisonneuve, interviewed for last month blog, spoke of how people, put their own work aside to help neighbours rebuild a barn after a fire. All of that was done voluntarily and at no cost.

In the past, Franco-Canadians, as Inuit, lived following the rhythm of the seasons, and appreciate the fruits of the land. Many of my contemporaries and the older generations remember going on the edge of fields and forest to pick various small fruits: strawberries, blueberries, raspberries, violins heads, etc. Now with farms and business such as Duquette Strawberries, Lalonde Raspberries, Villeneuve Blueberry Farm, Canaan Blueberry, life is so much easier. We don’t have to fight bugs or even to cross over fallen trees, get our feet wet in swamps, or spend time looking for other area to harvest the fruits.

Food has always been a way to gather people but also to provide comfort. Most of us remember specific foods or meals from our childhood. Those memories though carry us behond our family ties and also connect us to a larger group of people. Food is indeed an important element in the identity of any culture. And so it is for the food associated with the sugar bush.

When I would visit my aunt Jeanne, she often talked about that special time of the year. While it marked the coming of spring, she cherished the memories of the food served in connection with the sugar bush. There was of course the syrop that would be used throughout the year, but as her older brother boiled the water, there would be allowed to taste the ‘trempette’ but also to eat some of the taffy. As Easter was usually just around the corner, sugar bush time was associated with the preparation of a nice big ham, aged in a special family recipe brine.

During those days, many farmers had a sugar shack in one corner of their land. The syrup they produced was mostly for the immediate family. Like for all other farm chores, the whole family had to pitch in. Though, that time of the year was not a busy one in the field, there was still enough work to keep everyone busy, feeding and milking the cows twice a day, cleaning the barn, fixing things around the farm, picking up the eggs… No one was bored. Yet, attending to the sugar shack and harvesting the maple sap, was a welcomed change in the daily routine. For many of the men who had previously spent time in the ‘chantier,’ it was a way to reconnect with the forest. Everything was done by hand. If the weather was favorable, sap had to be picked up every day, either by walking from tree to tree pulling a small sled, or with a horse-drawn one. People took turns to man the evaporator and keep the fire burning. A large supply of firewood had to be kept handy.

Two weekends ago, I was very happy to participate again in this wonderful tradition. Nadine and I went with 3 friends to brunch at Station 4 Seasons who offers until Easter a sugar bush buffet, twice a day on Saturdays and Sundays. The traditional meal: beans, breads, pancakes, omelet, sausages, sugar pie, etc is prepared and served by la Cuisine Bernard. This is really not the place for anyone trying to loose weight!

As always Mario Perrier and Johanne Lefebre gave everyone a warm welcome. While Mario was busy behind the bar, JoJo provided great entertainment with her singing. A few people took the time to dance along with her. After the meal, everyone took advantage of the nice weather for a horse drawn wagon ride. For those who were still hungry there was some delicious taffee on the snow to savour. Mr. & Mrs Gaudreault are always happy to welcome people inside the old house now serving as the sugar shack. There we can watch as they prepare the next batch of maple syrup or buy some of their delicious jams and sweet cucumbers.

Well fed, and with lots of energy, after lunch, Nadine and I decided to go around to take photos. It was really pretty outside as it was not too cold and fluffy and abondant snowflakes were falling. We ventured along concession 2 in Wendover as we wanted to check out trees on a property there, in view of the next calendar. While unanounced, our host with whom we had previously communicated was more than welcoming. Her and her husband had settled on top of the hill in Wendover after a life of travelling and working around the world. She was happy and proud to share stories about her property and the trees she had planted some 26 years ago.

While there we discovered that Jean-Marie Séguin and his son Étienne Séguin (St-Malo farm featured in the March barn blog) have their new sugar shack just down the road. Since we were driving around to identify trees for the calendar, we figured a sugar bush was as good a place to check as anywhere else.

Nadine had already photographed that bush in the fall some years back, when it still belonged to Yvon Bissonnette. Father and son built a large sugar shack that can accomodate the evaporator they had in St-Pascal but also a nice gathering place for social and family functions. They installed a tubing and pump system on their land while they collect water the old fashion way on their neighbour’s land, Royal Bissonnette for a total of 1200 taps.

Even if we arrived unannounced as family members were preparing to leave, I was able to greet many familiar faces as Nadine walked around to take photos. Luckily, Jean-Marie informed us that he was on duty that night until at least 8 or 9 pm so we stayed a lilttle longer. We watched him (and of course photographed him) as he fed the fire in the evaporator and bottled the latest batch of syrup. He explained how a lady who purchased some of their syrup detected a different taste adding their sugar bush must lies on a rocky terrain which it does indeed. This lady has refine tasting buds and know her stuff!!! (gallet).

So, this past weekend, I did not raise a french-canadian flag. I did not dress in green and white. Yet I celebrated my culture. I ate well that is for sure, but more importantly I was welcomed warmly and shared in some treasured seasonal traditions.

I wish to extend my gratitude to Mario and Jojo at Station 4 saisons who continue to promote our culture through a series of shows and meals throughout the year in a welcoming rural surrounding.

Thank you also to Jean-Marie and Étienne from la ferme St-Malo of St-Pascal Baylon who over the year have proudly represented the cause of the ‘franco-ontariens.’ The green and white flag is still painted on the front of their barn. Thank you for keeping our precious traditions alive. An heartfelt thank you Jean-Marie for your hospitality. It deeply touched me. I saw in you the same warm welcome that your parents offered me years ago when I would visit your sister Aline.